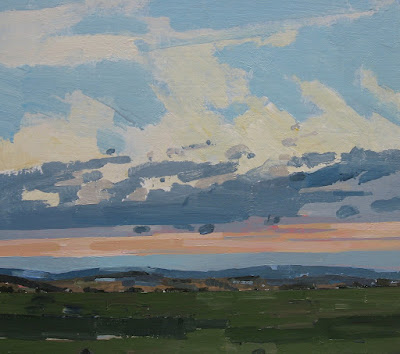 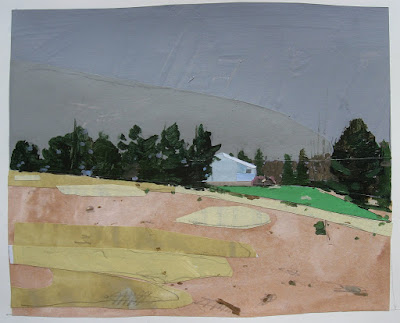 It was a very calm and pleasant day to carry on with tree planting. Unfortunately, the Poison Ivy was invisible.....it will still infect you even if you don't see any green. A small price to pay for the glory of trees.
Posted by Harry Stooshinoff, at 2:04 PM 2 comments: 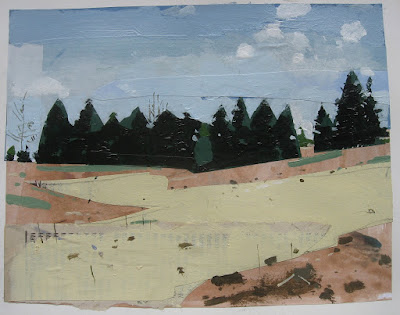 I was planting trees in the back acres, around 9:00 am on Good Friday, cool but very pleasant.

Acrylic collage painting on paper.
Posted by Harry Stooshinoff, at 3:45 PM No comments:

"I thought about how isolated Jessica seemed that night when I saw her standing in line, as the prison commotion swelled around her, the laughing inmates, the shouting guards. Oblivious to her surroundings. She had just told me the story of abandoning her son. Her guilt and shame, her deep regret had sapped her senses. Just by looking at her that night, waiting for the officers to finish their count, waiting to march back to her prison cell, it was clear: Jessica was done. She hadn't been tuning out the noise around her. She wasn't ignoring the others. No, it was that she herself barely existed. Her presence then was papery and insubstantial. No wonder she'd ripped up the portrait. Ghosts cannot give gifts."

Running the Books, The Adventures of an Accidental Prison Librarian, by Avi Steinberg
Posted by Harry Stooshinoff, at 2:08 PM No comments: 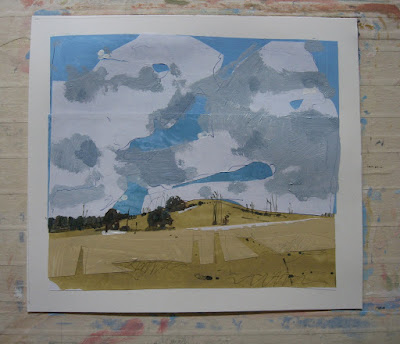 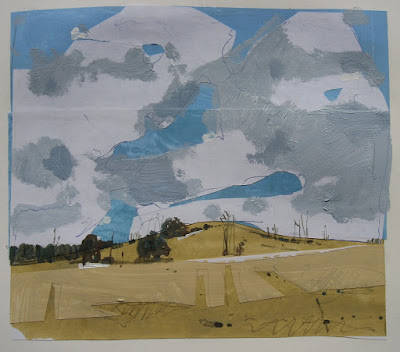 Spring is coming very slowly....it's often dreary. But in this piece I wanted some relief, so I made this image of Homestead Hill more appealing than it's seemed lately.....perhaps a small matter of emphasis. Regardless, April remains one of my favourite months....because the most promising months are right ahead.
Posted by Harry Stooshinoff, at 3:21 PM No comments: 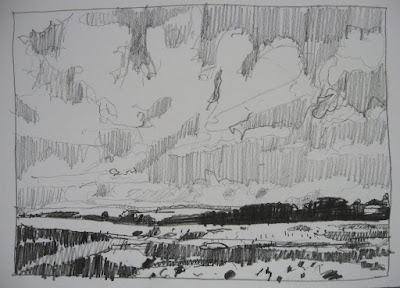 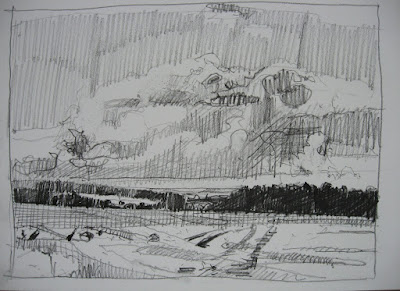 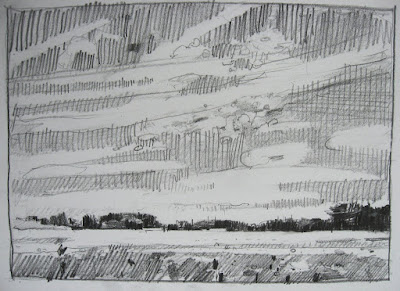 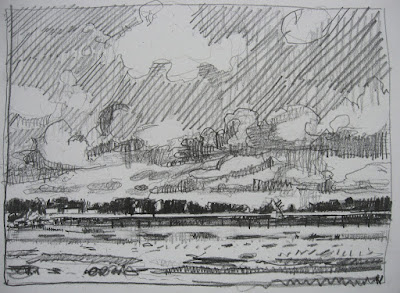 These 4 pencil drawings were completed in one long sitting. Each took about 40 minutes. I started off with a 7B and 5B drawing pencil, but found after the first one, that the 5B was enough....many sharpenings with a sharp razor. About 7.5 x 11 inches, on heavy archival printing paper.
Posted by Harry Stooshinoff, at 1:43 PM 3 comments: 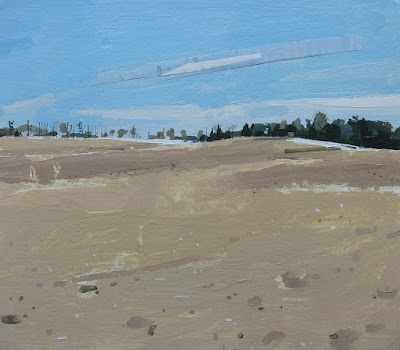 ......I walked to the back of my favourite field.....looking towards the county road....bits of snow patch remaining under the shade of the tree line.

Lately I've been working the skies first....but I was unhappy with the sky at the very end so went back into it with a bit of collage.
Posted by Harry Stooshinoff, at 5:23 PM No comments: 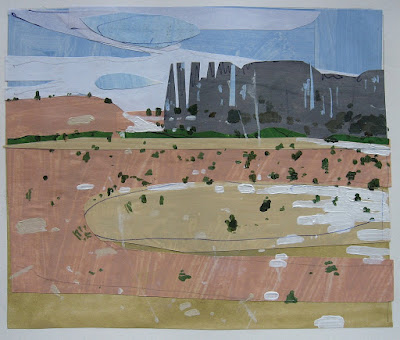 Just finished this...a little collage 7 x 6 inches. As all these pictures are made, I need to make changes to format or style to keep things fresh. In this case, going to a slightly smaller size, on paper that was not previously prepared, was enough. It's like saying "do whatever you want....permission to play".
Posted by Harry Stooshinoff, at 6:57 PM No comments:

Monoprint with Watercolour and India Ink 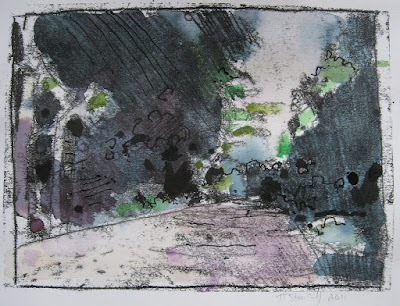 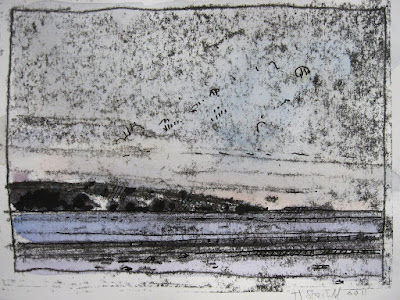 Posted by Harry Stooshinoff, at 3:55 PM No comments: 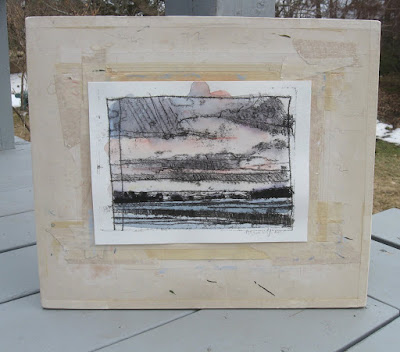 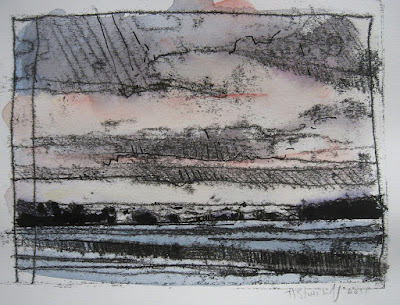 Produced with waterbased printers ink. A glass plate is rolled with a thin layer of ink, paper is placed on top, a drawing is produced with a pen, the reverse side picks up the ink dependent on pressure applied. Water color was added after the prints had time to dry. Part of a larger series.
Posted by Harry Stooshinoff, at 6:46 PM 1 comment:

Harry Stooshinoff,
South of Peterborough, Just north of Lake Ontario, Canada
I am an artist and teacher. This site showcases small paintings that are produced on a daily basis. Everything I make gets listed for sale in my Etsy store, and my website, usually on the same day the piece is painted.

Work may be purchased at:

This is a Flickr badge showing public photos and videos from Landscape Painting. Make your own badge here.